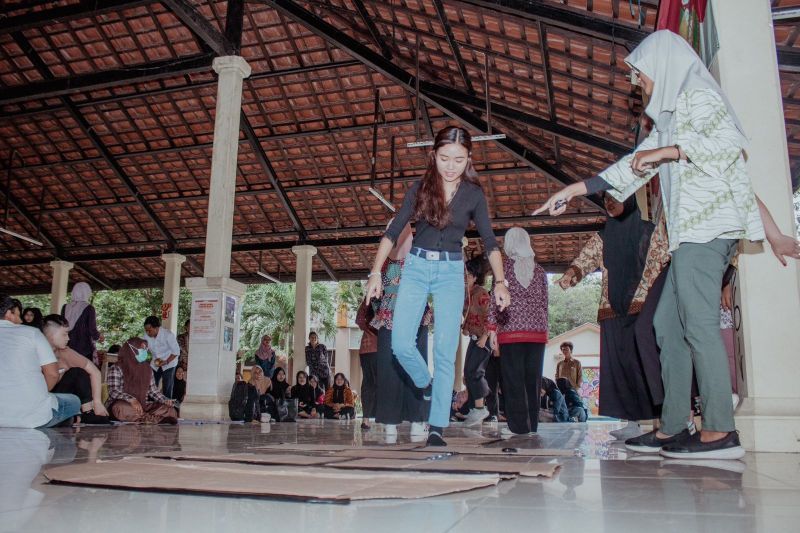 Unesa.ac.id, SURABAYA-The Unesa BIPA (Indonesian for Foreign Speakers) Program and the Department of Indonesian Language and Literature collaborated to hold 'Love Indonesia' on Monday, 12 December 2022 at Joglo FBS, Lidah Wetan Campus, Surabaya. This event is an annual BIPA activity as well as a learning media plus evaluation for students taking BIPA learning courses.

There were five foreign students who took part in the series of events. The five students are from Yemen, Myanmar, Russia, China and Korea. The length of time they study and study Indonesian at Unesa varies, between two to six months. Within a short period of time, they were quite fluent in simple Indonesian to communicate.

Hespi Septiana, S.Pd., M.Pd., BIPA teacher said, this 'Love Indonesia' activity provides a space for students to interact directly with foreign speakers and introduce Indonesian culture. Not only language, but also culture which is represented from the various types of Indonesian traditional food that are introduced in it. 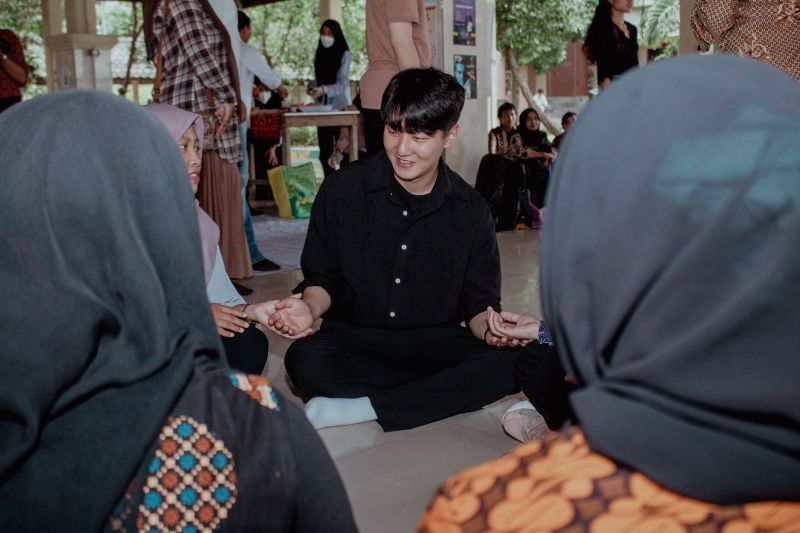 He added, this event has been held since 3 years ago with foreign speakers from various countries. However, the pandemic forced this activity to be suspended. After two years, the Cinta Indonesia program is being held again.